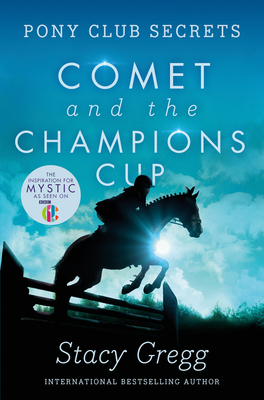 This is book number 5 in the Pony Club Secrets series.

The fifth gripping adventure in this exciting new pony-club series

With gymkhanas to win, rivals to defeat, mysteries to solve and ponies in danger to save - these books are perfect for all girls who love ponies.

When Aunty Hess opens a riding school for the summer, Issie and her pony-club friends go along to help out. Issie gets to know Comet, a naughty but talented pony with real showjumping promise. But can she train him in time to compete at the Horse of the Year Show?