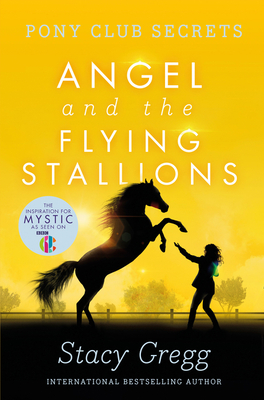 This is book number 10 in the Pony Club Secrets series.

The tenth exciting adventure in the Pony Club Secrets series sees Issie travel back to Spain to reclaim her beloved colt, Storm... and learn to ride haute ecole on flying stallion, Angel

Issie returns to El Caballo Danza Magnifico, this time determined to bring her colt Storm back home. But first she must master haut ecole moves on stallion Angel to prove herself to the best riders in Spain.

Meanwhile, devious Miguel Vega is involved when mares go missing. And is love in the air at the El Caballo stables?