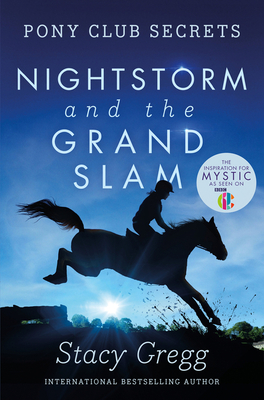 This is book number 12 in the Pony Club Secrets series.

It's the final Pony Club Secrets adventure for Issie and Storm - can they become the youngest team to win the triple Grand Slam ever?

Don't miss the explosive finale to the bestselling pony series

Issie exceeded her wildest riding dreams winning at the Lexington Kentucky four-star trials, but could there be even bigger prizes on the horizon?

Her foal, Nightstorm, has grown up to be an incredible sporthorse - powerful, fast and eager to win, so it's time to put their riding skills to the ultimate test and see if they can complete the hat-trick and win at Badminton and Burghley too