Mantel Pieces: Royal Bodies and Other Writing from the London Review of Books (Paperback) 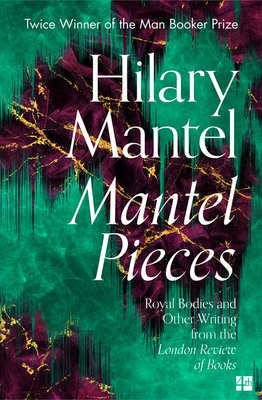 Mantel Pieces: Royal Bodies and Other Writing from the London Review of Books (Paperback)

A stunning collection of essays and memoir from twice Booker Prize winner and international bestseller Hilary Mantel, author of The Mirror and the Light

In 1987, when Hilary Mantel was first published in the London Review of Books, she wrote to the editor, Karl Miller, 'I have no critical training whatsoever, so I am forced to be more brisk and breezy than scholarly.' This collection of twenty reviews, essays and pieces of memoir from the next three decades, tells the story of what happened next.

Her subjects range far and wide: Robespierre and Danton, the Hite report, Saudi Arabia where she lived for four years in the 1980s, the Bulger case, John Osborne, the Virgin Mary as well as the pop icon Madonna, a brilliant examination of Helen Duncan, Britain's last witch. There are essays about Jane Boleyn, Charles Brandon, Christopher Marlowe and Margaret Pole, which display the astonishing insight into the Tudor mind we are familiar with from the bestselling Wolf Hall Trilogy. Her famous lecture, 'Royal Bodies', which caused a media frenzy, explores the place of royal women in society and our imagination. Here too are some of her LRB diaries, including her first meeting with her stepfather and a confrontation with a circus strongman.

Constantly illuminating, always penetrating and often very funny, interleaved with letters and other ephemera gathered from the archive, Mantel Pieces is an irresistible selection from one of our greatest living writers.

Hilary Mantel is the author of seventeen books, including A Place of Greater Safety, Beyond Black, the memoir Giving Up the Ghost and the short story collection The Assassination of Margaret Thatcher. Her latest novel, The Mirror & the Light, won the Walter Scott Prize for Historical Fiction, while Wolf Hall and Bring Up the Bodies were both awarded the Booker Prize.