The People Look Like Flowers At Last: New Poems (Paperback) 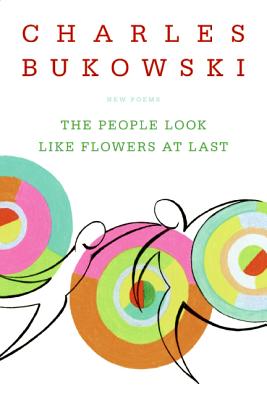 The People Look Like Flowers At Last: New Poems (Paperback)

“if you read this after I am dead

It means I made it”

The People Look like Flowers at Last is the last of five collections of never-before published poetry from the late great Dirty Old Man, Charles Bukowski.

In it, he speaks on topics ranging from horse racing to military elephants, lost love to the fear of death.  He writes extensively about writing, and about talking to people about writers such as Camus, Hemingway, and Stein.  He writes about war and fatherhood and cats and women.

Free from the pressure to present a consistent persona, these poems present less of an aggressively disruptive character, and more a world-weary and empathetic person.

“We all knew Bukowski was a tough guy, but who would have guessed that even the grave could not shut him up? The People Look Like Flowers At Last shows him at his scruffy, hard-hitting, tender-hearted best. They say this is his final posthumous book, but don’t bet on it.” — Billy Collins, former Poet Laureate

“The purportedly “fifth and final” posthumous collection of Bukowski’s inimitable poetry is. . . amazingly funny, mordant, rueful, raffish, sad, resigned; all attest as firm a dedication to the lower case as that of e. e. cummings. Standouts? Turn to “the dwarf with a punch” in section 1; the epical “Rimbaud be damned” in section 2; “I never bring my wife,” with its sublime apothegm about the lonely, in section 4. Bet you’ll then read the rest.” — Booklist

"The People Look Like Flowers At Last is the final posthumous Bukowski collection. . . and it is extraordinary.” — Buffalo News