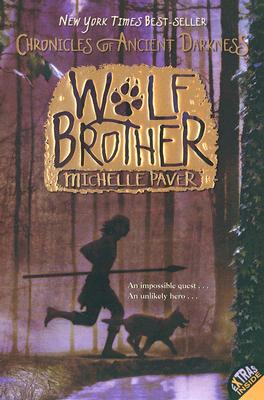 This is book number 1 in the Chronicles of Ancient Darkness series.

“Fantasy adventure on a grand scale, with a wealth of wilderness lore and convincing characterizations.” —Booklist

Fans of Fablehaven and City of Ember will devour Michelle Paver’s bestselling fantasy series about one boy’s epic fight against evil and the wolf who guides him.

Six thousand years ago. Powerful mages stalk the land, threatening to destroy all the forest clans. According to legend, only twelve-year-old Torak and his wolf-cub companion can defeat them. Their journey together takes them through perilous terrain and into dangers they never imagined. Torak and Wolf are terrified of their mission. But if they do not battle to save their world, who will?

“The stark, primitive setting provides an innovative contrast to most fantasies…This fast–moving story with engaging characters will appeal.” — Voice of Youth Advocates (VOYA)