I Am My Father's Daughter: Living a Life Without Secrets (Paperback) 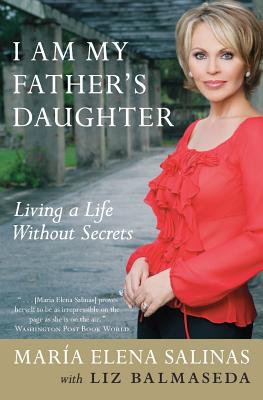 I Am My Father's Daughter: Living a Life Without Secrets (Paperback)

Five nights a week, María Elena Salinas looks into a television camera and delivers the news to millions of television viewers. But when the newscast is over, she is like so many other women across the country: a wife and a mother, struggling to find balance between her personal and professional life. When María Elena accidentally discovers her recently deceased father had once been a Catholic priest, all she knew was suddenly thrown into question. Turning her investigative eye on herself for the first time, she begins a long, arduous journey for answers.

In I Am My Father's Daughter, María Elena tells the amazing story of her journey to the top amid her struggle to come to terms with family secrets. From her childhood in a poverty-stricken neighborhood of Los Angeles and her adolescent years spent working in a sweatshop, to her astonishing break into network television, along with her coverage of some of the world's major events and disasters, Salinas frames her life behind the camera in the same warm and straightforward tone that is her on-air trademark.

María Elena Salinas has been the Noticiero Univision news anchor for seventeen years. She has won three Emmy Awards, and recently created the María Elena Salinas Scholarship for Excellence in Spanish-Language News Media. She lives in Miami.