The Women of Windsor: Their Power, Privilege, and Passions (Paperback) 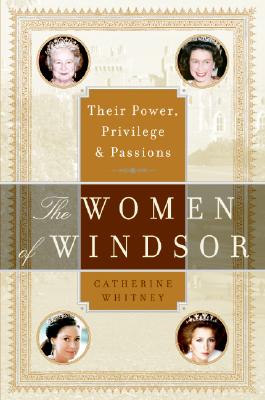 The Women of Windsor: Their Power, Privilege, and Passions (Paperback)

Their images have been captured on film and in print for more than a century. They are the faces of the British Empire: Elizabeth, the Queen; Elizabeth, the Queen Mother; Princess Margaret; Anne, the Princess Royal. But who are these women of Windsor? In The Women of Windsor, Catherine Whitney tells the story of the past century of British history through the lives of four women whose influence has by both design and fate, shaped it. Offering a unique outsider perspective, she delves beneath the surface to reveal the flesh-and-blood people and their hopes, dreams, disappointments, and joys. Compulsively readable, thoroughly researched, The Women of Windsor tells the fascinating stories of four women who have shaped the world, each in her own way.

Catherine Whitney has written or collaborated on more than twenty-five books, including Framing a Life: A Family Memoir with Geraldine Ferraro and Guilty: The Collapse of Criminal Justice with the late Judge Harold J. Rothwax.