The Last Apprentice: Revenge of the Witch (Book 1) (Paperback) 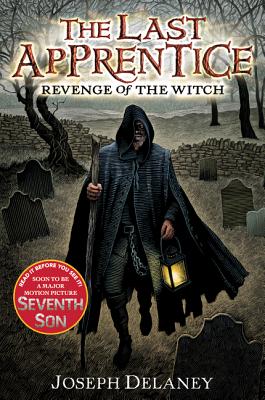 The Last Apprentice: Revenge of the Witch (Book 1) (Paperback)

This is book number 1 in the Last Apprentice series.

For years, Old Gregory has been the Spook for the county, ridding the local villages of evil. Now his time is coming to an end. But who will take over for him? Twenty-nine apprentices have tried—some floundered, some fled, some failed to stay alive.

Only Thomas Ward is left. He's the last hope, the last apprentice.

Joseph DELANEY is the author of the internationally best-selling The Last Apprentice series, which is now a major motion picture, Seventh Son. He is a former English teacher who lives in the heart of boggart territory in Lancashire, England. His village has a boggart called the Hall Knocker, which was laid to rest under the step of a house near the church.