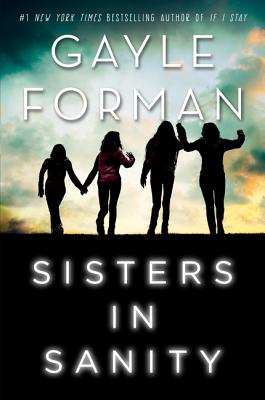 The very first novel by the #1 New York Times bestselling author of If I Stay now has a beautiful new cover. Sisters in Sanity is a story of sisterhood and self-discovery that’s perfect for fans of Sarah Dessen, Morgan Matson, and Siobhan Vivian.

Britt Hemphill doesn’t know who she can trust. Her free-spirit mother has disappeared, and her father, once Britt’s partner in crime, has remarried and shipped her off to Red Rock, a so-called treatment facility for troubled girls. And the counselors at Red Rock? They’re completely insane. Britt’s horror at the “therapy”—vicious name-calling and grueling physical labor—is second only to her hatred for the backstabbing patients, who win privileges by ratting each other out.

But when V, Bebe, Martha, and Cassie, the four girls who keep Britt from going over the edge, help her sneak out to go see Jeb, her maybe-more-than-friends bandmate, she starts to believe that there may actually be people who can help her—and people that she can help by taking down Red Rocks. Sisters in Sanity perfectly captures the feeling of being trapped in a world that refuses to understand you—and fighting back.

Gayle Forman is an award-winning author and journalist whose articles have appeared in such publications as Jane, Seventeen, Glamour, Elle, and The New York Times Magazine, to name just a few. She lives in New York City with her husband and daughter.