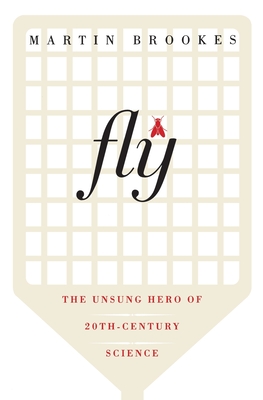 A short biography of a creature that changed science.

There's a buzz in the air, the sound of a billion wings vibrating to the tune of scientific success. For generations, the fruit fly has been defining biology's major landmarks. From genetics to development, behavior to aging, and evolution to the origin of the species, it has been a key and, outside academic circles, an unaccredited player in some of the twentieth century's greatest biological discoveries. In fact, everything from gene therapy to cloning and the Human Genome Project is built on the foundation of fruit fly research.

This witty, irreverent biography of the fruit fly provides a broad introduction to biology as well as a glimpse into how one short life has informed scientific views on such things as fundamentals of heredity, battle of the sexes, and memory.

Martin Brookes has a Ph.D. in evolutionary biology and spent eight years in biological research. He hates flies.