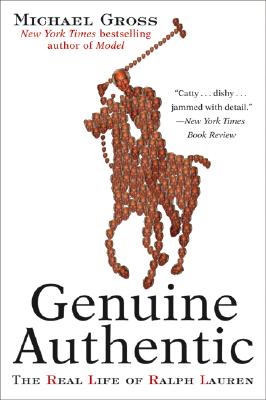 A fascinating and comprehensive look into the life of American fashion designer Ralph Lauren, now with an afterword.

There are at least two Ralph Laurens.

To the public he's a gentle, modest, yet secure and purposeful man. Inside the walls of Polo Ralph Lauren, though, he was long seen by some as a narcissist, an insecure ditherer, and, at times, a rampaging tyrant.

Michael Gross, author of the bestsellers Model and 740 Park, lays bare the truths of this fashion emperor's rise, and reveals not only the secrets of his meteoric success in marketing our shared fantasies, but also a widely unknown side that's behind the designer’s chic façade.

Michael Gross, the New York Times bestselling author of Model: The Ugly Business of Beautiful Women, 740 Park: The Story of the World’s Richest Apartment Building, and House of Outrageous Fortune: Fifteen Central Park West, the World’s Most Powerful Address, is the editor-in-chief of Avenue, a contributing editor for Departures, and his journalism and other writing has appeared in magazines and newspapers throughout the world, including the New York Times, New York, GQ, Esquire, and Vanity Fair. He lives in New York City.