The Art of Power (Paperback) 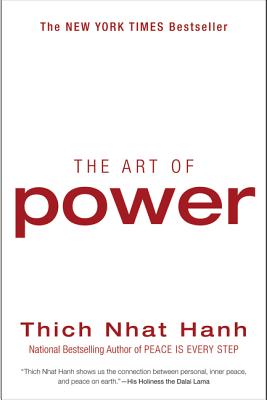 The Art of Power (Paperback)

Turning our conventional understanding of power on its head, world-renowned Zen master, spiritual leader, and national bestselling author Thich Nhat Hanh reveals how true power comes from within. What we seek, we already have.

Thich Nhat Hanh was a world-renowned Buddhist Zen master, poet, author, scholar, and activist for social change, who was nominated for the Nobel Peace Prize by Dr. Martin Luther King Jr. He was the author of many bestselling books, including the classics Peace Is Every Step and The Art of Living. Through his books and retreats at the monasteries he has founded in the U.S., Europe, Asia, and Australia, he became a pre-eminent figure in contemporary Buddhism, offering teachings that are both deeply rooted in ancient wisdom and accessible to all.

“The Art of Power is a bold and visionary work that reframes power, ambition, success, happiness, love, and peace.” — Spirituality & Practice

“Among Buddhist leaders influential in the West, Thich Nhat Hanh ranks second only to the Dalai Lama.” — New York Times