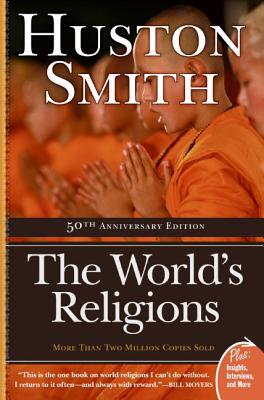 The World’s Religions, by beloved author and pioneering professor Huston Smith (Tales of Wonder), is the definitive classic for introducing the essential elements and teachings of the world's predominant faiths, including Hinduism, Buddhism, Confucianism, Taoism, Judaism, Christianity, Islam, as well as regional native traditions.

This revised and updated edition provides sympathetic descriptions of the various traditions, explaining how they work “from the inside,” which is a big reason why this cherished classic has sold more than two million copies since it first appeared in 1958.

Huston Smith is internationally known and revered as the premier teacher of world religions. He is the focus of a five-part PBS television series with Bill Moyers and has taught at Washington University, the Massachusetts Institute of Technology, Syracuse University, and the University of California at Berkeley. The recipient of twelve honorary degrees, Smith's fifteen books include his bestselling The World's Religions, Why Religion Matters, and his autobiography, Tales of Wonder.