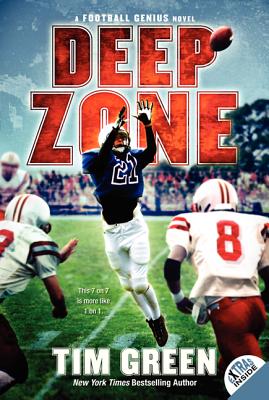 This is book number 5 in the Football Genius series.

Troy White can predict a play before it happens.

Star quarterback on his state football team, Troy's a natural for the 7-on-7 tournament that's being held at the Super Bowl in Miami. With any luck, his "football genius" will be working for the Atlanta Falcons on that big day.

Ty Lewis is a wide receiver with exceptional speed. His brother, an NFL star, says getting on a 7-on-7 team will prove Ty's a winner.

From the moment the two football champs cross paths, Troy and Ty begin to size each other up. But when the two rivals find themselves tangled in a web of deceit, they discover they have more in common than their skill at football.Tim Green's eight years as a star NFL linebacker give an insider's edge to his sports thrillers.