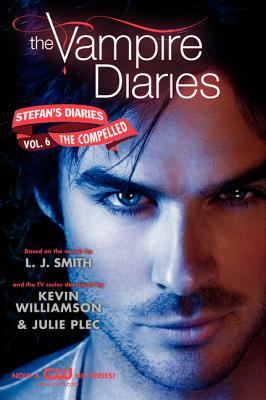 The sixth book in the New York Times bestselling series by L.J. Smith.

Stefan Salvatore has always had an uneasy relationship with his brother Damon. But when Damon is taken captive by Samuel—a vampire from Katherine’s past bent on revenge—Stefan is determined to rescue him before it is too late…even if it means seeking help from the most unlikely of places. Stefan forms a tentative alliance with a coven of witches in order to save his brother, only to learn that Samuel’s end game is far more sinister then they could have imagined. With Samuel on the brink of securing unlimited power, the brothers are in for their deadliest battle yet.

L. J. Smith has written over two dozen books for young adults, including The Vampire Diaries, now a hit TV show. She has also written the bestselling Night World series and The Forbidden Game, as well as the #1 New York Times bestselling Dark Visions. She loves to walk the trails and beaches in Point Reyes, California, daydreaming about her latest book.

Kevin Williamson is the show runner and executive producer of The Vampire Diaries. His credits include the critically acclaimed television series Dawson's Creek and the blockbuster horror franchise Scream.

Julie Plec is the co-show runner and executive producer of The Vampire Diaries. She was most recently a writer-producer of the fan-favorite television series Kyle XY.