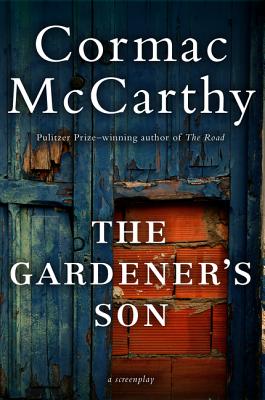 Set in Graniteville, South Carolina, The Gardener’s Son is a tale of privilege and hardship, animosity and vengeance brought to life through two families: the Greggs, the wealthy owners of a cotton mill, and their employees the McEvoys, a father and son beset by misfortune. After Robert McEvoy loses his leg in an accident—rumored to have been caused by his nemesis James Gregg, the son of the mill’s founder—the angry and bitter young man deserts his job and family.

Two years later, Robert returns. His mother is dying, and his father, the mill’s gardener, is confined indoors working the factory line. These intertwined events stoke the slow burning rage McEvoy has long carried, a fury that erupts in a terrible act of violence that ultimately consumes the Gregg family and his own.

Made into an acclaimed film broadcast on PBS in 1976, The Gardener’s Son received two Emmy Award nominations and was screened at the Berlin and Edinburgh Film Festivals.

Cormac McCarthy is the author of numerous novels, including Blood Meridian, No Country for Old Men, and The Road. He has won the National Book Award, the National Book Critics Circle Award, and the Pulitzer Prize. His plays include The Stonemason and The Sunset Limited, which was originally performed by Steppenwolf Theatre Company. His screenplay The Counselor was made into a film directed by Ridley Scott and released in 2013.