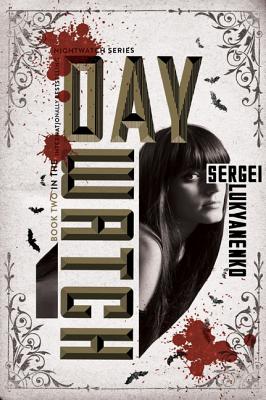 This is book number 2 in the Night Watch series.

The second book in the internationally bestselling Night Watch series.

Set in contemporary Moscow, the Night Watch series tells the story of the Others, an ancient race of magicians, shape-shifters, vampires, and other supernatural beings that live among us, and swear allegiance to either the powers of Darkness, or the forces of Light. For the past 1000 years, the two sides have been locked in an uneasy truce, keeping their powers in balance as each side secretly plots to take the advantage for themselves. The forces of Darkness tasked with keeping the Light Others in check are the Day Watch.

In Day Watch, we follow the Dark Others, including a young witch with the tragic misfortune of falling in love with a Light Other, a powerful warlock who struggles to understand his purpose in the war, and a top lieutenant who worries that Zabulon, the leader of the Day Watch, is planning to betray him. Meanwhile, a powerful artifact with the ability to bring the most powerful Dark magician in history back to life has gone missing.

Day Watch maintains the clever, fast-paced style of the original, and shows the reader that even in a world of witches and wizards, vampires and werewolves, good and evil can be a matter of perspective.

Sergei Lukyanenko was born in Kazakhstan and educated as a psychiatrist. He began publishing science fiction in the 1980s and has published more than twenty-five books. He lives in Moscow with his wife and son.