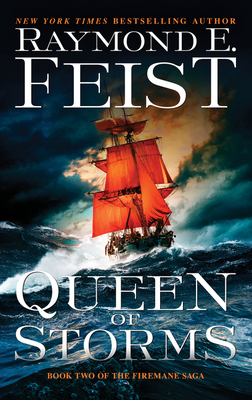 This is book number 2 in the Firemane Saga, The series.

“This is a knockout.”— Publishers Weekly (starred review)

Hatushaly and his young wife Hava have arrived in the prosperous trading town of Beran’s Hill to restore and reopen the fire-damaged Inn of the Three Stars. They are also preparing for the popular midsummer festival, where their friends Declan and Gwen will be wed.

But Hatu and Hava are not the ordinary loving couple they appear to be. They are assassins from the mysterious island of Coaltachin, home to the powerful and lethal Nocusara, the fearsome “Hidden Warriors.” Posing as innkeepers, they are awaiting instructions from their masters in the Kingdom of Night.

Hatu conceals an even more dangerous secret. He is the last remaining member of the legendary Firemanes, the ruling family of Ithrace. Known as the Kingdom of Flames, Ithrace was one of the five greatest realms of Tembria, ruled by Hatu’s father, Stervern Langene, until he and his people were betrayed. His heir, Hatu—then a baby—was hidden among the Nocusara, who raised him to become a deadly spy.

Hatu works hard to hide his true identity from all who would seek to use or to destroy him, as fate has other plans for the noble warrior. Unexpected calamity forces him to make choices he could not have dreamed awaited him.

A series of horrific events shatters the peace of Beran’s Hill, bringing death and devastation and unleashing monstrous forces. Once more, the Greater Realms of Tembria are threatened—and nothing will ever be the same again.

Raymond E. Feist is the author of more than thirty previous books, including the internationally bestselling “Riftwar Cycle” of novels set in his signature world of Midkemia, as well as a standalone novel, Faerie Tale. The Firemane Saga is his first all-new epic fantasy series. He lives in San Diego, California.

“Feist displays his mastery of epic fantasy in this impressive second installment to the Firemane Saga… Feist fans will recognize his hallmarks here—quiet moments of a common life interrupted by sweeping battles, and high seas journeys to distant continents. Fantasy readers of all sorts will appreciate his command of both subtle characterization and vast, panoramic story. This is a knockout.” — Publishers Weekly (starred review)

“Master storyteller Feist takes time to develop the complex relationships among his many characters as he continues to expand the world in the second epic book of the Firemane series.” — Booklist