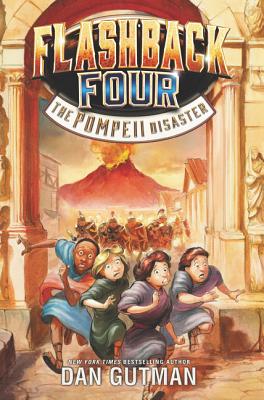 This is book number 3 in the Flashback Four series.

In this explosive third installment of New York Times bestselling author Dan Gutman’s action-packed series, four thrill-seeking friends travel back in time to document one of the most devastating natural disasters the world has ever seen.

Eccentric billionaire Miss Z is sending Luke, Julia, David, and Isabel on another mission back in time to capture one of history’s most important events.

With real photographs from Pompeii to help put young readers right in the action, plus back matter that separates fact from fiction, The Pompeii Disaster tells the story of one of the world’s most devastating natural disasters like you’ve never seen it before.