Ask Me How I Got Here (Hardcover) 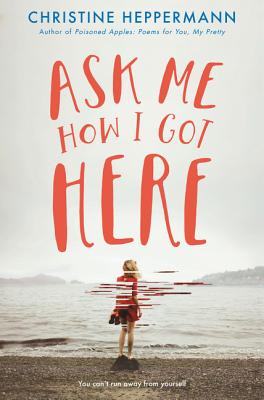 Ask Me How I Got Here (Hardcover)

How do you define yourself? By your friends? Your family? Your boyfriend? Your grades? Your trophies? Your choices? By a single choice? From the author of the acclaimed Poisoned Apples comes a novel in verse about a young woman and the aftermath of a life-altering decision. Fans of Laurie Halse Anderson and Ellen Hopkins will find the powerful questions, the difficult truths, and the inner strength that speak to them in Ask Me How I Got Here.

Addie has always known what she was running toward, whether in cross country, in her all-girls Catholic school, or in love. Until she and her boyfriend—her sensitive, good-guy boyfriend—are careless one night, and she gets pregnant. Addie makes the difficult choice to have an abortion. And after that—even though she knows it was the right decision for her—nothing is the same. She doesn’t want anyone besides her parents and her boyfriend to know what happened; she doesn’t want to run cross country anymore; she can’t bring herself to be excited about anything. Until she reconnects with Juliana, a former teammate who’s going through her own dark places. Once again, Christine Heppermann writes with an unflinching honesty and a deep sensitivity about the complexities of being a teenager, being a woman. Her free verse poems are moving, provocative, and often full of wry humor and a sharp wit.

Christine Heppermann is the author of Poisoned Apples: Poems for You, My Pretty, which received five starred reviews and was named to five best of the year lists in 2014, and Ask Me How I Got Here. She lives with her husband and two daughters in Highland, New York.

“The spare yet meaningful verse shines, while the poems ascribed to Addie herself are particularly poignant. ...Teens mature enough to appreciate Heppermann’s subtlety will welcome this fresh, relatable novel that is bold enough to venture into relatively unexplored territory. …Standout.” — School Library Journal (starred review)

“The poetry is at times strikingly beautiful, as Addie reflects on her identification with Mary, works her way through her “cafeteria Catholicism,” and struggles to define her feelings toward the baby she chose not to have…a story with space for readers to fill in the gaps with their own interpretations.” — Bulletin of the Center for Children’s Books

“This thought-provoking novel in verse is more about well-rounded Addie’s gratifying process of self-determination than her choice to end her pregnancy. This absorbing book would be an excellent choice for teen book groups.” — Booklist