Sex Plus: Learning, Loving, and Enjoying Your Body (Hardcover) 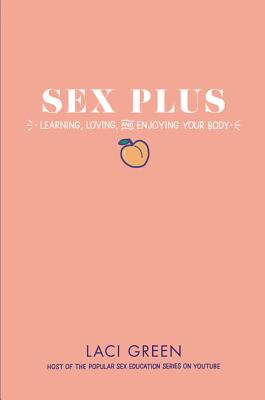 Sex Plus: Learning, Loving, and Enjoying Your Body (Hardcover)

This groundbreaking book from sex educator and YouTube phenomenon Laci Green has everything you’ve ever wanted to know about sex, sexuality, pleasure, and your body.

Let’s be honest: most of us think about sex A LOT, and we have plenty of unanswered questions: What’s the best way to talk to my partner about what I want? How do I figure out my sexuality? How do I have sex safely? What does an orgasm actually feel like?

Laci Green—a sex educator and YouTuber who’s been hailed by Time magazine as the millennial Dr. Ruth—has built a platform of millions of followers by answering sex-related questions frankly, nonjudgmentally, and hilariously.

Now Laci brings her signature style and voice to a comprehensive book about the multitude of issues and concerns that go along with sexuality: anatomy, consent, LGBTQ issues, STI and pregnancy prevention, sexual empowerment, healthy relationships, myth-busting, and more.

Sex Plus is the first book of its kind: empowering, sex-positive, and cool. Comprehensive, honest, and vetted by a range of medical experts, this book will help you take control of your sex life.

After all, knowledge is pleasure.

Laci Green is a sex educator who is best known for her Sex Plus series on YouTube. Since 2009, Sex Plus has garnered more than 150 million views on YouTube and united a community of more than one million young people in all 196 countries.

Laci first got involved in sex education activism in high school before going on to study at UC Berkeley. While in college, she facilitated female sexuality courses at Berkeley and launched peer-led sex-ed programs at local high schools. She became a certified domestic violence advocate in 2010. In 2011, Laci graduated with honors and honorable distinction for her advocacy. She went on to work for Planned Parenthood and the ACLU.

In addition to producing Sex Plus, Laci has produced award-winning digital series for MTV and Discovery Digital. In 2016, she was dubbed the “millennial Dr. Ruth” by Time magazine and was profiled for her sex education leadership by the New York Times.

Laci lives in Los Angeles. Sex Plus is her first book. Visit Laci online at www.lacigreen.tv.

“Green tackles serious issues of sexual violence, consent, and stigma with clarity and integrity while bringing humor and camaraderie to a strikingly broad discussion of sexuality.” — Publishers Weekly

“Internet personality and debut author Green gives readers a jam-packed guide to human sexuality. Initial information about anatomy and a brief stopover in identity-based questions soon transition to the nitty-gritty of sex, relationships, and related topics, including consent culture (possibly the most interesting section) and kink.” — Kirkus Reviews