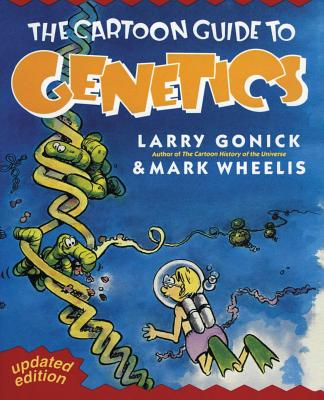 Have you ever asked yourself:

Are spliced genes the same as mended Levis?

Watson and Crick? Aren't they a team of British detectives?

Plant sex? Can they do that?

Is Genetic Mutation the name of one of those heavy metal bands?

Asparagine? Which of the four food groups is that in?

Then you need The Cartoon Guide to Genetics to explain the important concepts of classical and modern genetics—it's not only educational, it's funny too!

Larry Gonick has been creating comics that explain math, history, science, and other big subjects for more than forty years. He has been a calculus instructor at Harvard (where he earned his BA and MA in mathematics) and a Knight Science Journalism Fellow at MIT, and he is currently staff cartoonist for Muse magazine. He lives in San Francisco, California.