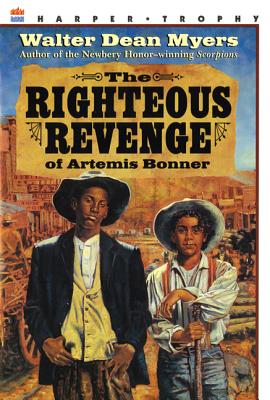 Artemis Bonner wants to set the record straight. He's just arrived in Tombstone, Arizona, to avenge the murder of his uncle Ugly Ned Bonner. And if he happens to stumble across the gold mine his uncle described on his deathbed, then would be just fine, too.

The murderous scalawag Catfish Grimes and his equally odious campaignion Lucy Featherdip are on the loose. They're desperate to find the gold mine and claim it for themselves as Artemis and his sidekick, Frolic, chase the pair from Mexico to the Alaskan Territory and back again. Artemis and Catfish are headed for a showdown in front of the Bird Cage Saloon...the exact spot where Uncle Ugly met his Untimely Demise. Here's the whole story -- and the Truth as well.