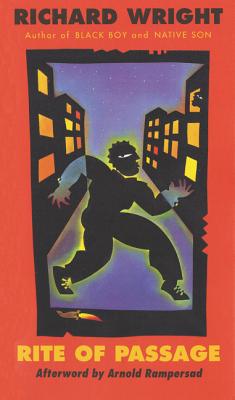 Fifteen-year-old Johnny Gibbs does, well in school, respects his teachers, and loves his family. Then suddenly, with a few short words, his idyllic life is shattered. He learns that the family he has loved all his life is not his own, but a foster family. And now he is being sent to live with someone else.

Shocked by the news, Johnny does the only thing he can think of: he runs. Leaving his childhood behind forever, Johnny takes to the streets where he learns about living life--the hard way.

Richard Wright, internationally acclaimed author of Black Boy and Native Son, gives us a coming-of-age story as compelling today as when it was first written, over fifty years ago.

‘Johnny Gibbs arrives home jubilantly one day with his straight ‘A’ report card to find his belongings packed and his mother and sister distraught. Devastated when they tell him that he is not their blood relative and that he is being sent to a new foster home, he runs away. His secure world quickly shatters into a nightmare of subways, dark alleys, theft and street warfare. . . . Striking characters, vivid dialogue, dramatic descriptions, and enduring themes introduce a enw generation of readers to Wright’s powerful voice.’—SLJ.

Richard Wright won international renown for his powerful and visceral depiction of the black experience. He stands today alongside such African-American luminaries as Zora Neale Hurston, James Baldwin, and Toni Morrison, and two of his books, Native Son and Black Boy, are required reading in high schools and colleges across the nation. He died in 1960.

David Diaz has illustrated numerous award-winning books for children, including smoky night by Eve Bunting, for which he was awarded the Caldecott Medal; The Wanderer by Sharon Creech, which received a Newbery Honor; and Me, Frida by Amy Novesky, a Pura Belpré Honor Award winner. Mr. Diaz lives in Southern California.