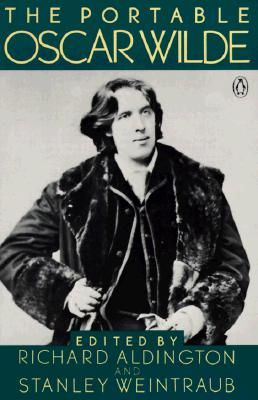 Includes the following works: Novels—The Portrait of Dorian Gray; Plays—Salome and The Importance of Being Earnest; Writings—De Profundis, Critic as Artist, and Phrases and Philosophies for the Use of the Very Young; and selections from Lady Windermere's Fan, An Ideal Husband, and A Woman of No Importance.

Oscar Wilde (1854–1900) was an Irish writer, poet, and playwright. His novel, The Picture of Dorian Gray, brought him lasting recognition, and he became one of the most successful playwrights of the late Victorian era with a series of witty social satires, including his masterpiece, The Importance of Being Earnest.

Stanley Weintraub is Evan Pugh Professor Emeritus of Arts and Humanities at Pennsylvania State University, and the author of numerous histories and biographies, including Silent Night.

Richard Aldington (1892-1962) was a founding poet of the Imagist movement and a novelist who conveyed the horror of war through his written works such as Death of a Hero. He was also known for his work as a translator, critic, and biographer. Aldington interrupted his writing career to serve in the British army during World War I.