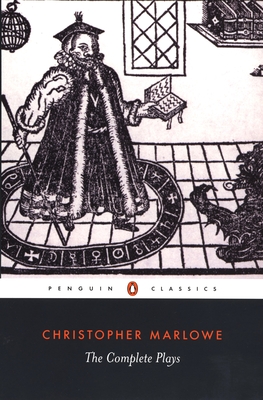 
Not On Our Shelves—Ships in 1-5 Days
The complete plays of Christopher Marlowe, in which the lure of dark forces drives the shifting balances between weak and strong, sacred and profane

For more than seventy years, Penguin has been the leading publisher of classic literature in the English-speaking world. With more than 1,700 titles, Penguin Classics represents a global bookshelf of the best works throughout history and across genres and disciplines. Readers trust the series to provide authoritative texts enhanced by introductions and notes by distinguished scholars and contemporary authors, as well as up-to-date translations by award-winning translators.
Christopher Marlowe (1564-93) was educated at Cambridge and soon established his reputation as a playwright. Away from the stage, Marlowe was a man who courted danger as a homosexual, a spy, and an outspoken atheist. He was murdered at the age of 29 in a tavern in Deptford.

Robert Lindsey is Associate Aditor of the journal Medieval and Renaissance Drama in English.