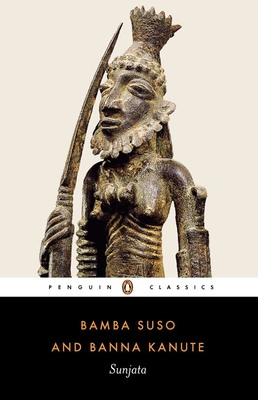 
Special Order—Subject to Availability
Sunjata Keita was the founder of one of the greatest empires of Western Africa. These two epic accounts of his life portray a greedy, slow-witted child - said to have crawled until the age of seven - who grew up as prophecy foretold to become a mighty warrior, renowned for his bravery and superhuman strength. They describe how, with the help of his sister, who seduced their arch-enemy Sumanguru into revealing his secret powers, Sunjata defeated the Susu overlords and created the Mali Empire which would last for two centuries. Based on events from the early thirteenth century, these tales of heroism and magic are still celebrated across West Africa as part of a living epic oral tradition.

For more than seventy years, Penguin has been the leading publisher of classic literature in the English-speaking world. With more than 1,700 titles, Penguin Classics represents a global bookshelf of the best works throughout history and across genres and disciplines. Readers trust the series to provide authoritative texts enhanced by introductions and notes by distinguished scholars and contemporary authors, as well as up-to-date translations by award-winning translators.
Bamba Suso (d. 1974) was one of the foremost Gambian griots and had an extensive knowledge of local oral traditions.

Banna Kanute (d. circa 1994) was a renowned musician and griot who played with the Gambia National Troupe.

Gordon Innes researched and wrote about Mande languages and oral literatures during his career at the School of Oriental and African Studies.

Lucy Duran and Graham Furniss have written on African music and literature respectively and teach at SOAS.