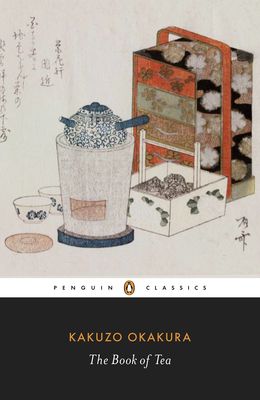 For a generation adjusting painfully to the demands of a modern industrial and commercial society, Asia came to represent an alternative vision of the good life: aesthetically austere, socially aristocratic, and imbued with spirituality. The Book of Tea was originally written in English and sought to address the inchoate yearnings of disaffected Westerners. In a flash of inspiration, Okakura saw that the formal tea party as practiced in New England was a distant cousin of the Japanese tea ceremony, and that East and West had thus "met in the tea-cup."

For more than seventy years, Penguin has been the leading publisher of classic literature in the English-speaking world. With more than 1,700 titles, Penguin Classics represents a global bookshelf of the best works throughout history and across genres and disciplines. Readers trust the series to provide authoritative texts enhanced by introductions and notes by distinguished scholars and contemporary authors, as well as up-to-date translations by award-winning translators.
Kakuzo Okakura was born in 1862 in Yokohama, Japan. In 1890, Okakura was one of the principal founders of the first Japanese fine-arts academy, Tokyo Bijutsu Gakko (Tokyo School of Fine Arts) and a year later became the head, though he was later ousted from the school in an administrative struggle. Later, he also founded the (Japan Art Institute) with Hashimoto Gaho and Yokoyama Taikan. He was invited by William Sturgis Bigelow to the Museum of Fine Arts, Boston in 1904 and became the first head of the Asian art division in 1910. He died in 1913.