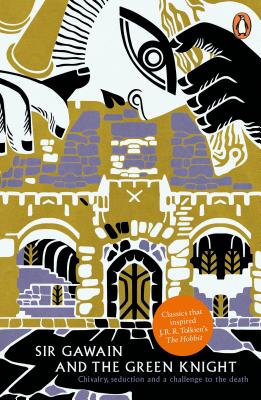 
Special Order—Subject to Availability
Legends from the Ancient North: Five classics of Norse literature that inspired J. R. R. Tolkien's epic vision in The Hobbit and The Lord of the Rings

Legendary fantasy writer J. R. R. Tolkien spent much of his life studying, translating, and teaching the ancient tales of northern Europe at Oxford and drew on them for his own writing. These epic stories, with their wizards and knights, dragons and trolls, cursed rings and magic swords, are as fascinating today as they were thousands of year ago. Reading them brings us as close as we will ever get to the magical worlds of the Vikings and the origins of their twentieth-century counterpart: Tolkien’s Middle Earth.

Composed in the fourteenth century, Sir Gawain and the Green Knight is as beloved as it is venerable, combining the hallmarks of medieval romance—pageantry, chivalry, and courtly love—with the charm of fairy tales and heroic sagas. When a mysterious green knight rides on horseback into King Arthur’s court, interrupting a New Year’s feast, he issues a challenge: if any of King Arthur’s men can behead him and he survives, then a year later he is entitled to return the strike. Sir Gawain takes up the challenge and decapitates the green knight, only to see him pick up his severed head and ride away, leaving Gawain to seek him out to fulfill their pact. Blending Celtic myth and Christian faith, Sir Gawain and the Green Knight is a Middle English masterpiece of magic, chivalry, and seduction.

For more than seventy years, Penguin has been the leading publisher of classic literature in the English-speaking world. With more than 1,700 titles, Penguin Classics represents a global bookshelf of the best works throughout history and across genres and disciplines. Readers trust the series to provide authoritative texts enhanced by introductions and notes by distinguished scholars and contemporary authors, as well as up-to-date translations by award-winning translators.
Bernard O'Donoghue is a Fellow in English at Wadham College and a noted Irish poet.