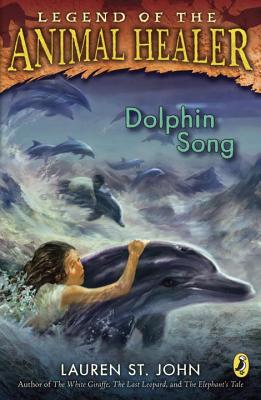 
Special Order—Subject to Availability
The second exciting adventure in the dramatic Legend of the Animal Healer series!

Martine is just getting used to her new life on the game reserve with her grandmother and the white giraffe, Jemmy, when she must go away. Her class is going on a trip?an ocean voyage to watch the sardine run, a spectacular natural phenomenon off the coast of South Africa. But the exciting adventure takes a dramatic turn when Martine and several of her classmates are thrown overboard into shark-infested waters! They are saved by a pod of dolphins and end up marooned on a deserted island. Now the castaways must learn to work together, not only to survive but to help the dolphins who are now in peril.
Lauren St. John lives in London, England. A well-respected biographer and sports journalist, she grew up in Zimbabwe, Africa, where she had a pet giraffe, as well as numerous dogs, horses, and warthogs. This setting inspired The White Giraffe as well as her recent memoir, Rainbow’s End.