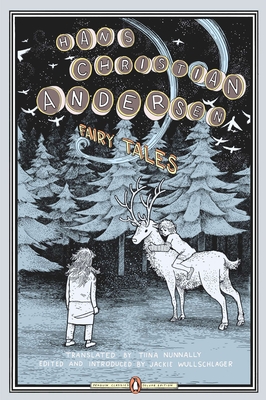 
Not On Our Shelves—Ships in 1-5 Days
*Includes "The Little Mermaid," soon to be a major motion picture from Disney starring Halle Bailey and directed by Rob Marshall*

Hans Christian Andersen was the profoundly imaginative writer and storyteller who revolutionized literature for children. He gave us the now standard versions of some traditional fairy tales—with an anarchic twist—but many of his most famous tales sprang directly from his imagination. The thirty stories here range from exuberant early works such as "The Tinderbox" and "The Emperor's New Clothes" through poignant masterpieces such as "The Little Mermaid" and "The Ugly Duckling" to more subversive later tales such as "The Ice Maiden" and "The Wood Nymph."

For more than seventy years, Penguin has been the leading publisher of classic literature in the English-speaking world. With more than 1,700 titles, Penguin Classics represents a global bookshelf of the best works throughout history and across genres and disciplines. Readers trust the series to provide authoritative texts enhanced by introductions and notes by distinguished scholars and contemporary authors, as well as up-to-date translations by award-winning translators.
Hans Christian Andersen (1805–1875) wrote more than 150 haunting tales. Many were based on folktales and many were his own original creations.

Jackie Wullschlager’s books include a critically acclaimed biography of Hans Christian Andersen. She is the chief art correspondent for Financial Times.

Anders Nilsen is a member of the Chicago-based art collective The Holy Consumption. His best-known work includes Dogs and Water and the Big Questions series.