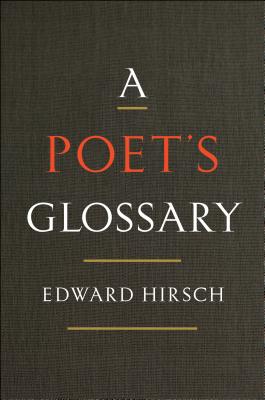 
Special Order—Subject to Availability
A major addition to the literature of poetry, Edward Hirsch’s sparkling new work is a compilation of forms, devices, groups, movements, isms, aesthetics, rhetorical terms, and folklore—a book that all readers, writers, teachers, and students of poetry will return to over and over.

Hirsch has delved deeply into the poetic traditions of the world, returning with an inclusive, international compendium. Moving gracefully from the bards of ancient Greece to the revolutionaries of Latin America, from small formal elements to large mysteries, he provides thoughtful definitions for the most important poetic vocabulary, imbuing his work with a lifetime of scholarship and the warmth of a man devoted to his art.

Knowing how a poem works is essential to unlocking its meaning. Hirsch’s entries will deepen readers’ relationships with their favorite poems and open greater levels of understanding in each new poem they encounter. Shot through with the enthusiasm, authority, and sheer delight that made How to Read a Poem so beloved, A Poet’s Glossary is a new classic.

EDWARD HIRSCH is a celebrated poet and peerless advocate for poetry. A MacArthur fellow, he has published ten books of poems and six books of prose. He has received numerous awards and fellowships, including the National Book Critics Circle Award, a National Endowment for the Arts Fellowship, the Rome Prize, a Pablo Neruda Presidential Medal of Honor, and the American Academy of Arts and Letters Award for literature. He serves as president of the John Simon Guggenheim Memorial Foundation and lives in Brooklyn.

"Absorbing...full of Hirsch's passion." —The New Yorker  "Edward Hirsch’s “A Poet’s Glossary” is an instant classic that belongs on the bookshelf of every serious poet and literature student...Hirsch explains them all with the ease of a tour guide who has spent a lifetime learning the territory...The more you read in this insightful book, the more you’ll feel a part of a communal journey that has continued for thousands of years" —Washington Post "A glossary is useful, welcome, sometimes fun, but rarely, if ever, a catalyst for astonishment. Leave it to revered poet, poetry apostle, and glossator extraordinaire Hirsch (The Living Fire, 2010) to turn this humble resource into a vibrant, polyglot, world-circling, century-spanning, mind-expanding work of profound scholarship and literary art...A thrilling 'repertoire of poetic secrets,' this radiant compendium is shaped by Hirsch’s abiding gratitude for the demands and power, illumination, and solace of poetry, 'a human fundamental.'" —Booklist (starred review)  "Offering definitions, a discussion of poetic techniques, and an unalloyed spiritual quality to his work...This compilation of stimulating information and of beautiful writing by a master of expression is for all who love language, not just poets." —Library Journal (starred review) —