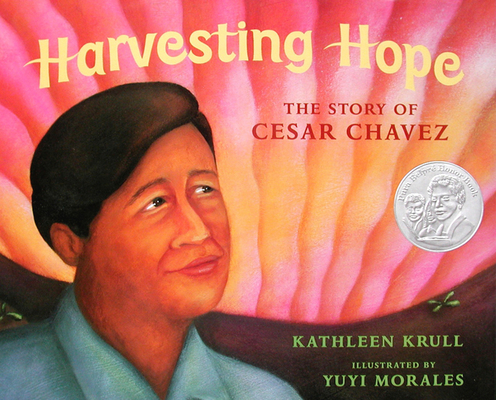 When Cesar Chavez led a 340-mile peaceful protest march through California, he ignited a cause and improved the lives of thousands of migrant farmworkers.

But Cesar wasn't always a leader. As a boy, he was shy and teased at school. His family slaved in the fields for barely enough money to survive. Cesar knew things had to change, and he thought that—maybe—he could help change them. So he took charge. He spoke up. And an entire country listened.

Kathleen Krull is well known for her innovative, award-winning nonfiction for young people, including Lives of the Explorers, Lives of the Musicians, and all other books in this popular series illustrated by Kathryn Hewitt. She is also the author of Harvesting Hope: The Story of Cesar Chavez, illustrated by Yuyi Morales, as well as The Beatles Were Fab (and They Were Funny) and Lincoln Tells a Joke: How Laughter Saved the President (and the Country), both co-written with Paul Brewer and illustrated by Stacy Innerst. She lives in San Diego, California. Visit her online at kathleenkrull.com.

Born in Xalapa, Mexico, Yuyi Morales lived for many years in the San Francisco Bay Area. She is a storyteller, dancer, choreographer, puppeteer, and artist, who has won the prestigious Pura Belpré Award for Illustration five times and has also been awarded the Caldecott Honor.
"One person can make a difference is a message that resonates throughout Krull's stirring biography..."