Just Jane: A Daughter of England Caught in the Struggle of the American Revolution (Great Episodes) (Paperback) 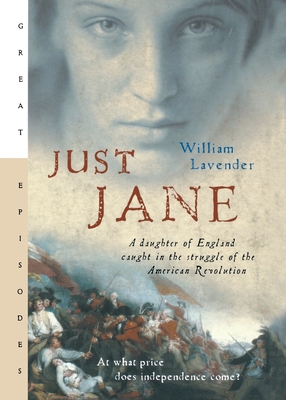 Just Jane: A Daughter of England Caught in the Struggle of the American Revolution (Great Episodes) (Paperback)


Not On Our Shelves—Ships in 1-5 Days
When Lady Jane, orphaned daughter of an English earl, arrives in Charlestown, South Carolina, in 1776, she finds herself in the middle of a heated war--a war not only between her former country and her new home but one between the members of her own family, whose loyalties are strongly divided in America's fight for freedom. Torn by family feuds, the war, a secret romance, and her own growing need for independence, Jane struggles for the courage to become the person she wants to be: just Jane.
Includes a reader's guide.

WILLIAM LAVENDER's career has spanned the areas of music, film documentary, theater, and literature. He published six adult novels in the seventies and eighties that received accolades, were brought out in many languages, and even made the Publishers Weekly bestseller list. JUST JANE was his first novel for young readers.

"This story will grasp and hold readers to the last page . . . Historical fiction at its best."--School Library Journal
—