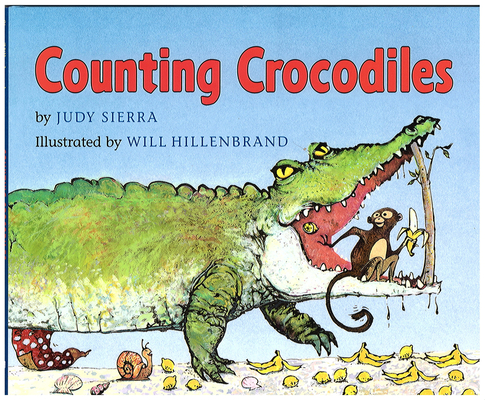 By Judy Sierra, Will Hillenbrand (Illustrator)


Not On Our Shelves—Ships in 1-5 Days
Poor Monkey. All she has to eat are sour lemons. One day she spies a banana tree on a faraway island, but the only way to get there is to navigate the crocodile-infested waters of the Sillabobble Sea. That’s no problem when you’re a brave and clever monkey who can count to ten and back!

Judy Sierra holds a Ph.D. in folklore from UCLA. She is the author of many esteemed children's books, including Nursery Tales Around the World, winner of the Aesop Prize from the American Folklore Society, and Good Night, Dinosaurs. She is also the reteller/compiler of several books of folklore for teachers and storytellers. Ms. Sierra lives in Northern California.

WILL HILLENBRAND has written and illustrated many award-winning picture books, including The House That Drac Built by Judy Sierra and his own Down by the Station. He lives in Terrace Park, Ohio.