Aspects Of The Novel (Paperback) 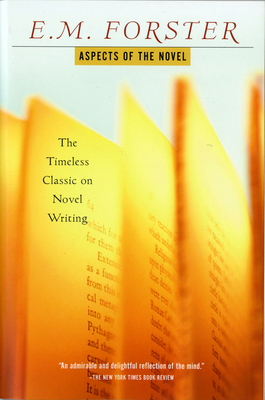 Aspects Of The Novel (Paperback)


In Stock—Click for Locations
E. M. Forster's guide sparkles with wit and insight for contemporary writers and readers. With lively language and excerpts from well-known classics, Forster (author of A Passage to India, Howards End, and A Room With a View) takes on the seven elements vital to a novel: story, people, plot, fantasy, prophecy, pattern, and rhythm. He not only defines and explains such terms as “round” versus “flat” characters (and why both are needed for an effective novel), but also provides examples of writing from such literary greats as Dickens and Austen. Forster's original commentary illuminates and entertains without lapsing into complicated, scholarly rhetoric, coming together in a key volume on writing."Forster's casual and wittily acute guidance...transmutes the dull stuff of He-Said and She-Said into characters, stories, and intimations of truth."—Harper's
A multi–Nobel Prize in Literature nominee, EDWARD MORGAN FORSTER (1879-1970) was the author of many well-known novels, including Where Angels Fear to Tread (1905), A Room with a View (1908), Howards End (1910), A Passage to India (1924), and Maurice (1971). He also wrote several volumes of criticism and essays.