Toxic Cocktail: How Chemical Pollution Is Poisoning Our Brains (Hardcover) 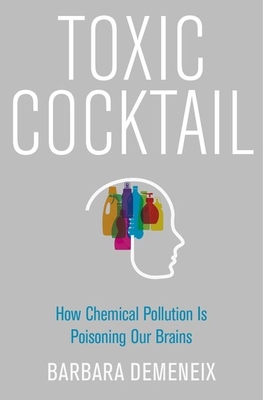 Toxic Cocktail: How Chemical Pollution Is Poisoning Our Brains (Hardcover)


Not On Our Shelves—Ships in 1-5 Days
(This book cannot be returned.)
In today's world, everyone carries a toxic load of dozens of industrially produced chemicals in their bloodstream. Not only do these adversely affect the health of adults and children, but also, and more worryingly, they damage the development of unborn infants. The amniotic fluid of pregnant women has been found to contain a variety of chemicals, such as pesticides, plasticizers, disinfectant products, flame-retardants, surfactants and UV filters, many of which interfere with fetal physiology, especially thyroid hormone action. Thyroid hormone is vital for brain development, particularly for the fetus during pregnancy and for toddlers. In fact, children born to women who lack this thyroid hormone (or who are unwittingly exposed to thyroid-disrupting chemicals) have lower IQs and more neurodevelopmental problems. Evolution of the human brain has involved multiple changes and processes dependent on thyroid hormone. The urgent question thus arises: Is chemical pollution poisoning brain development and reversing evolution's most outstanding achievement: the human brain? And if so, as this book convincingly illuminates, what can be done about it both collectively and individually? Toxic Cocktail provides a clear view of how many environmental chemicals interfere with brain development. As a result, this book looks at how we define and test IQ, the evidence for IQ loss, and how chemical pollution and thyroid hormone disruption can be actors in this process, as well as increasing neurodevelopmental disease risk.

Barbara Demeneix is an internationally recognized expert on thyroid function and brain development. She acts as an expert for the Organization for Economic Cooperation and Devlopment (OECD) in the field of endocrine disruption, notably for chemicals affecting thyroid hormone function. The author ofover 150 scientific publications and patents, she trained and worked in the United Kingdom, France, Canada, and Germany. In 2014, she was promoted to 'Officer' of the French Legion d'Honneur by the French government for her scientific achievements, having been appointed 'Chevalier' in 2004.