The Politics of Energy Crises (Paperback) 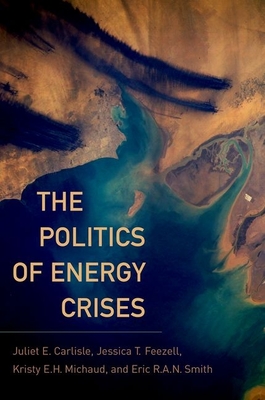 The Politics of Energy Crises (Paperback)


Not On Our Shelves—Ships in 1-5 Days
Energy crises, which amount to painful combinations of energy shortages and soaring prices, have struck the United States several times in recent decades. Each time they have resulted in political and economic shockwaves because, when gasoline becomes more expensive, the American public tends
to react with anger and suspicion. Energy crises instantly put related issues at the top of the nation's agenda, sometimes with dramatic consequences for public policy. What can we learn from recent history, particularly as it may predict the role that volatile public opinion will play throughout
the energy policy making process? As The Politics of Energy Crises demonstrates, one can discern patterns in politics and policymaking when looking at the cycles of energy crises in the United States. As such it is the first systematic historical study of political conflict, public opinion, and organized interest group and
presidential and congressional action on energy issues, starting with the 1973 OPEC boycott and continuing through the present day. By charting the commonalities in political battles during energy crises, the authors make prognoses about what future energy crises will mean for United States policy.