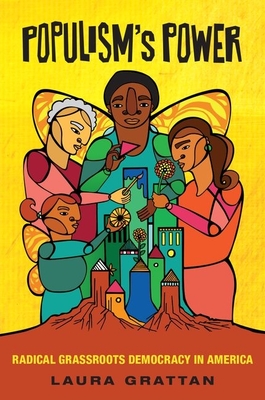 
Not On Our Shelves—Ships in 1-5 Days
Uprisings such as the Tea Party and Occupy Wall Street signal a resurgence of populist politics in America, pitting the people against the establishment in a struggle over control of democracy. In the wake of its conservative capture during the Nixon and Reagan eras, and given its increasing ubiquity as a mainstream buzzword of politicians and pundits, democratic theorists and activists have been eager to abandon populism to right-wing demagogues and mega-media spin-doctors. Decades of liberal scholarship have reinforced this shift, turning the term "populism" into a pejorative in academic and public discourse. At best, they conclude that populism encourages an "empty" wish to express a unified popular will beyond the mediating institutions of government; at worst, it has been described as an antidemocratic temperament prone to fomenting backlash against elites and marginalized groups. Populism's Power argues that such routine dismissals of populism reinforce liberalism as the end of democracy. Yet, as long as democracy remains true to its meaning, that is, "rule by the people," democratic theorists and activists must be able to give an account of the people as collective actors. Without such an account of the people's power, democracy's future seems fixed by the institutions of today's neoliberal, managerial states, and not by the always changing demographics of those who live within and across their borders. Laura Grattan looks at how populism cultivates the aspirations of ordinary people to exercise power over their everyday lives and their collective fate. In evaluating competing theories of populism she looks at a range of populist moments, from cultural phenomena such as the Chevrolet ad campaign for "Our Country, Our Truck," to the music of Leonard Cohen, and historical and contemporary populist movements, including nineteenth-century Populism, the Tea Party,
broad-based community organizing, and Occupy Wall Street. While she ultimately expresses ambivalence about both populism and democracy, she reopens the idea that grassroots movements--like the insurgent farmers and laborers, New Deal agitators, and Civil Rights and New Left actors of US history--can play a key role in democratizing power and politics in America.