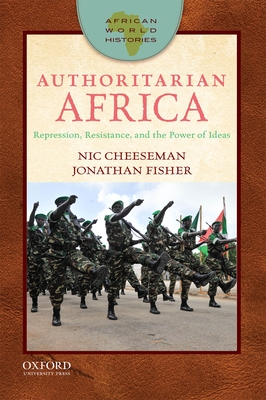 
Not On Our Shelves—Ships in 1-5 Days
For more than seventy years, authoritarian rule was the dominant form of government in sub-Saharan Africa. Three-quarters of African states have experienced some form of one-party or military rule since 1945. Accessible and engaging, Authoritarian Africa: Repression, Resistance, and the Power
of Ideas is the first book to examine this subject from a historical perspective. Exploring the history and legacy of authoritarianism in Africa--from the colonial era until the onset of democracy in the early 1990s--it introduces students to the variety of authoritarian regimes that have existed on
the continent, including one-party states, military rule, and personal dictatorships. This unique text also provides essential new insights, revising the traditional story of African authoritarianism by drawing on primary source materials (from songs to statistics) to provide a fresh, original perspective. Looking at what sustained authoritarian rule in Africa over more than a
century, the authors consider the phenomenon on its own terms--not simply as a way station on the road to democracy--and in the context of the continent's social, political, intellectual, and economic history.