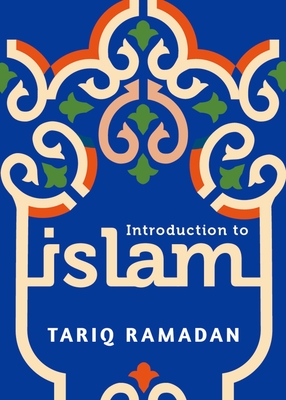 
Not On Our Shelves—Ships in 1-5 Days
From one of the most prominent intellectuals in the Muslim world comes a timely new introduction to one of the world's most practiced-and most misunderstood-religions. In frank, unapologetic language, Tariq Ramadan walks readers through Islam and its principles, rituals, diversity, and evolution. Ramadan, known for his efforts to reform and change the understanding of Islam in the West, avoids ideology and idealism, instead attempting to depict the true meaning of Islam for readers who have no previous experience with the religion. The book is therefore focused on defining the basic principles of Islam and offering an overview of the faith's history: from its beginnings in prophetic mission, to the Sunni-Shi'a schism, to the formation of distinct schools of law, theology, philosophy, and mysticism. Perhaps the most misinterpreted aspect of Islam, shariah, literally translated as "the way that leads to a source of water," receives an entire chapter of attention. Ramadan explains the ways in which shariah has been reduced by fundamentalism to a mere criminal code and expands upon its place in the larger Islamic worldview. He then confronts some of the most pressing issues facing Muslims today, including gender equality, religious diversity, and violence. Both sensitive and accessible, Introduction to Islam is a much-needed guide to understanding the role of Islam in the modern world.

Tariq Ramadan is Professor of Contemporary Islamic Studies at Oxford University (Oriental Institute, St. Antony's College). He is the author of several books, including What I Believe and In the Footsteps of the Prophet.