The Mask and the Flag: Populism, Citizenism, and Global Protest (Paperback) 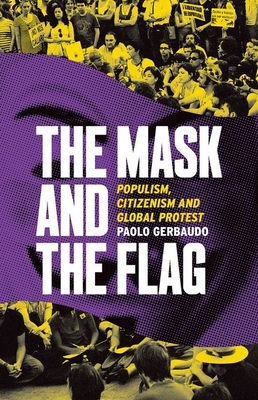 The Mask and the Flag: Populism, Citizenism, and Global Protest (Paperback)


Not On Our Shelves—Ships in 1-5 Days
From the Arab Spring to the Spanish Indignados, from Occupy Wall Street in New York to Nuit Debout in Paris, contemporary protest bears the mark of citizenism, a libertarian and participatory brand of populism which appeals to ordinary citizens outraged at the arrogance of political and financial elites in the wake of the Great Recession. This book draws on 140 interviews with activists and participants in occupations and demonstrations to explore the new politics nurtured by the 'movement of the squares' of 2011-16 and its reflection of an exceptional phase of crisis and social transformation. Gerbaudo demonstrates how, in waging a unifying struggle against a perceived Oligarchy, today's movements combine the neo-anarchist ethos of horizontality and leaderlessness inherited from the anti-globalisation movement, and a resurgent populist demand for full popular sovereignty and the reclamation of citizenship rights. He analyses the manifestation of this ideology through the signature tactics of these upheavals, including protest camps in public squares, popular assemblies and social media activism. And he charts its political ramifications from Podemos in Spain to Bernie Sanders in the US, revealing how the central square occupations have been foundational to current movements for radical democracy worldwide.