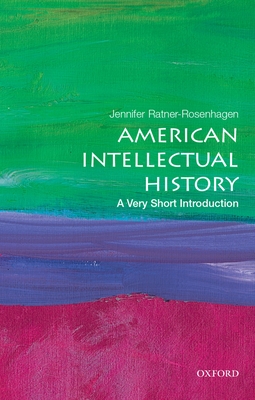 
In Stock—Click for Locations
Long before the United States was a nation, it was a set of ideas, projected onto the New World by European explorers with centuries of belief and thought in tow. From this foundation of expectation and experience, America and American thought grew in turn, enriched by the bounties of the
Enlightenment, the philosophies of liberty and individuality, the tenets of religion, and the doctrines of republicanism and democracy. Crucial to this development were the thinkers who nurtured it, from Thomas Jefferson to Ralph Waldo Emerson, W.E.B. Du Bois to Jane Addams, and Betty Friedan to
Richard Rorty. This addition to Oxford's Very Short Introductions series traces how Americans have addressed the issues and events of their time and place, whether it is the Civil War, the Great Depression, or the culture wars of today. Spanning a variety of disciplines, from religion, philosophy, and political thought, to cultural criticism, social theory, and the arts, Jennifer Ratner-Rosenhagen shows how ideas have been major forces in American history, driving movements such as transcendentalism, Social Darwinism, conservatism,
and postmodernism. In engaging and accessible prose, this introduction to American thought considers how notions about freedom and belonging, the market and morality - and even truth - have commanded generations of Americans and been the cause of fierce debate.

Jennifer Ratner-Rosenhagen is the Merle Curti and Vilas-Borghesi Distinguished Achievement Professor of History at the University of Wisconsin-Madison, where she teaches US intellectual and cultural history. She is the author of American Nietzsche, which won the American Historical Association'sJohn H. Dunning Prize, the Society for U.S. Intellectual History Book Award, and the Morris D. Forkosch Prize for the Best First Book in Intellectual History.