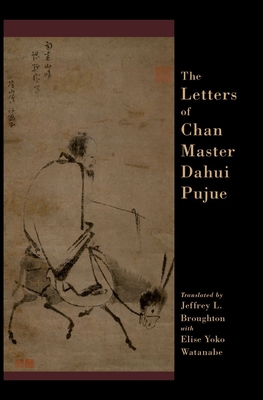 
Special Order—Subject to Availability
The Letters of Chan Master Dahui Pujue offers a complete annotated translation, the first into English, of a Chan Buddhist classic, the collected letters of the Southern Song Linji Chan teacher Dahui Zonggao (1089-1163). Addressed to forty scholar-officials, members of the elite class in
Chinese society, and to two Chan masters, these letters are dharma talks on how to engage in Buddhist cultivation. Each of the letters to laymen is fascinating as a document directed to a specific scholar-official with his distinctive niche, high or low, in the Song-dynasty social-political
landscape, and his idiosyncratic stage of development on the Buddhist path. Dahui is engaging, incisive, and often quite humorous in presenting his teaching of constantly lifting to awareness the phrase (huatou), his favored phrases being No (wu) and dried turd. Throughout one's busy twenty-four
hours, the practitioner is not to perform any mental operation whatsoever on this phrase, and to take awakening as the standard.
This epistolary compilation has long constituted a self-contained course of study for Chan practitioners. For centuries, Letters of Dahui has been revered throughout East Asia. It has exerted a formative influence on Linji Chan practice in China, molded S