Environmental Pollution in China: What Everyone Needs to Know(r) (Hardcover) 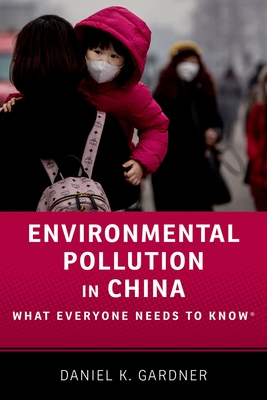 Environmental Pollution in China: What Everyone Needs to Know(r) (Hardcover)


Special Order—Subject to Availability
When Deng Xiaoping introduced market reforms in the late 1970s, few would have imagined what the next four decades would bring. China's GDP has grown on average nearly 10 percent annually since, and its economy is now the second largest in the world. Forty years ago, the Flying Pigeon bicycle ruled the roads; today, China is the world's largest car market. And if forty years ago you looked out across the Huangpu River from the Bund in Shanghai, you would have seen farmland and a few warehouses and wharves; now you see the stunning, futuristic cityscape of Pudong. The material progress of the past forty years has been staggering -- a source of pride for the Chinese people, as well as a source of legitimacy for the ruling Chinese Communist Party. But that progress has come at great cost: the extreme pollution of China's air, water, and soil has taken a stark toll on human health. In Environmental Pollution in China: What Everyone Needs to Know(R), Daniel K. Gardner examines the range of factors -- economic, social, political, and historical -- contributing to the degradation of China's environment. He also covers the public response to the widespread pollution; the measures the government is taking to clean up the environment; and the country's efforts to lessen its dependence on fossil fuels and develop clean sources of energy. Concise, accessible, and authoritative, this book serves as an ideal primer on one of the world's most challenging environmental crises.

Daniel K. Gardner is D.W. Morrow Professor of History at Smith and the author of several books on China, including Confucianism: A Very Short Introduction (Oxford).