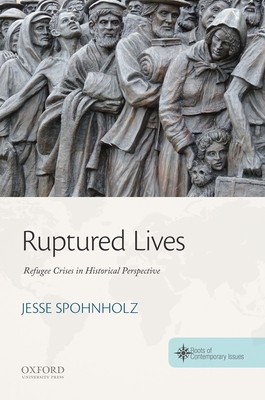 
Not On Our Shelves—Ships in 1-5 Days
Growing directly out of the experiences of a team of historians at Washington State University who designed a new foundational course for WSU's common requirements, the Roots of Contemporary Issues series is built on the premise that students will be better at facing current and future
challenges, no matter their major or career path, if they are capable of addressing controversial and pressing issues in mature, reasoned ways using evidence, critical thinking, and clear written and oral communication skills. To help students achieve these goals, each title in the Roots of
Contemporary Issues series argues that we need both a historical understanding and an appreciation of the ways in which humans have been interconnected with places around the world for decades and even centuries. Much of the world's politics revolves around questions about refugees and other migrating peoples, including debating the scope and limits of humanitarianism; the relevance of national borders in a globalized world; racist rhetoric and policies; global economic inequalities; and worldwide
environmental disasters. There are no easy answers to these questions, but the decisions that all of us make about them will have tremendous consequences for individuals and for the planet in the future. Ruptured Lives works from the premise that studying the history of refugee crises can help us make those decisions more responsibly. Examining conflicts--in Europe, the Americas, Asia, and Africa--that have produced migrations of people fleeing dangers or persecution, it aims to provide an
intellectual framework for understanding how to think about the conflicts that produce refugees and the effects that refugee crises have on individuals and societies.

Jesse Spohnholz is Professor of History and Director of the Roots of Contemporary Issues program at Washington State University.