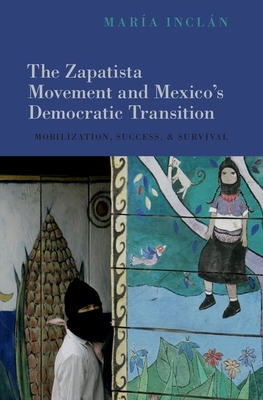 
Not On Our Shelves—Ships in 1-5 Days
Transitions from authoritarian to democratic governments can provide ripe scenarios for the emergence of new, insurgent political actors and causes. During peaceful transitions, such movements may become influential political players and gain representation for previously neglected interests and sectors of the population. But for this to happen, insurgent social movements need opportunities for mobilization, success, and survival. What happens to insurgent social movements that emerge during a democratic transition but fail to achieve their goals? How influential are they? Are they able to survive their initial mobilizing boom? To answer these questions, Mar a Incl n looks at Mexico's Zapatista movement, whose emergence she argues was caught between "sliding doors" of opportunity. The Zapatistas were able to mobilize sympathy and support for the indigenous agenda inside and outside of the country, yet failed to achieve their goals vis- -vis the Mexican state. Nevertheless, the movement has survived and sustained its autonomy despite lacking legal recognition. Incl n examines the vitality of the movement during various tests of the emergent democracy (during more competitive elections, under various political parties, and amid various repressive measures). She also looks at state responsiveness to movement demands and the role of transnational networks in the movement's survival. Framing the relative achievements and failures of the Zapatista movement within Mexico's democratization is essential to understand how social movements develop and survive and how responsive an electoral democracy really is. As
such, this book offers a test to the quality of Mexico's democracy and to the resilience of the Zapatista movement, as it identifies the extent to which emerging political forces have failed to incorporate dissident and previously excluded political actors into the new polity.