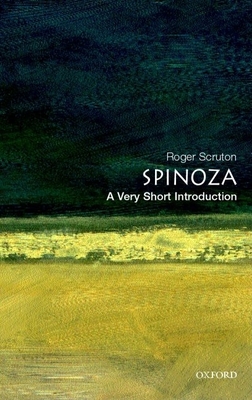 
On Our Shelves Now at:
Father of the Enlightenment and the last guardian of the medieval world, Spinoza made a brilliant attempt to reconcile the conflicting moral and intellectual demands of his epoch and to present a vision of man as simultaneously bound by necessity and eternally free. Ostracized by the Jewish community in Amsterddam to which he was born, Spinoza developed a political philosophy that set out to justify the secular state ruled by a liberal constitution, and a metaphysics that sought to reconcile human freedom with a belief in scientific explanation. Here, Roger Scruton presents a clear and systematic analysis of Spinoza's thought and shows its relevance to today's intellectual preoccupations.