The Child in Shakespeare (Paperback) 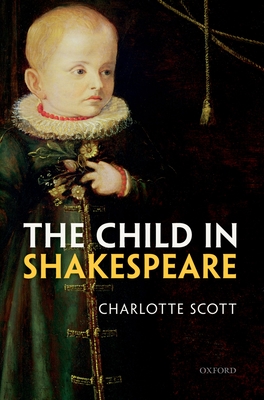 The Child in Shakespeare (Paperback)


Not On Our Shelves—Ships in 1-5 Days
This volume explores the character and representation of the child in Shakespeare's drama, not as a specific life stage but as a role. As a life force, an impassioned plea for justice, a legacy, history, memory or image of love or violence, children are everywhere in Shakespeare's plays. Focusing on Shakespeare's unique interest in the young body, the life stage, and the parental and social dynamic, this book offers an account of
the role and representation of the child in Shakespeare's dramatic imagination. Drawing on a vast range of contemporary texts, including parenting manuals and household and pedagogic texts, as well as books on nursing and maternity, child birth, and child rearing, The Child in Shakespeare explores
the contexts in which the idea of the child is mobilised as a body and image on the early modern stage. Understanding the child, not only as a specific life stage, but also as a role and an abstraction of feeling, this book examines why Shakespeare, who showed little interest in writing for children
in the playing companies, wrote so powerfully about them on his stage.

Charlotte Scott, Professor of Shakespeare Studies, Goldsmiths College, University of London Charlotte Scott has written widely on Shakespeare, including two books entitled Shakespeare and the Idea of the Book (OUP, 2007) and Shakespeare's Nature: from Culture to Cultivation (OUP, 2014) as well as articles and essays. She reviews for Shakespeare Survey and is a frequent contributor toliterary festivals and public events. She has taught Shakespeare at Goldsmiths for 14 years.